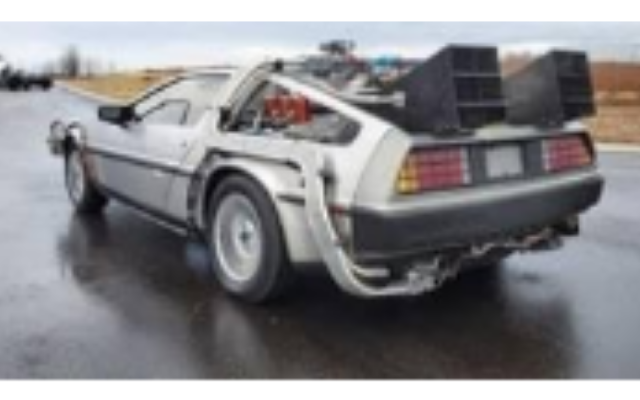 Forfeited DeLorean replica vehicle up for auction on August 1 in Canal Fulton. (US Marshal Service)

CLEVELAND, Ohio *News Talk 1480 WHBC) – Would you like to own some replica vehicles made famous in 1980s movies, owned by a Columbiana County man who ripped off Medicare for tens of millions?

Ryan Sheridan’s cars including the DeLorean from “Back to the Future” will be auctioned off at Skipco Auto Auction on Elm Ridge Avenue in Canal Fulton on Saturday, August 1.

They were forfeited to the Cleveland office of the U.S. Marshal Service as part of the case against Sheridan.

He is in prison.

There is limited in-person as well as online bidding.