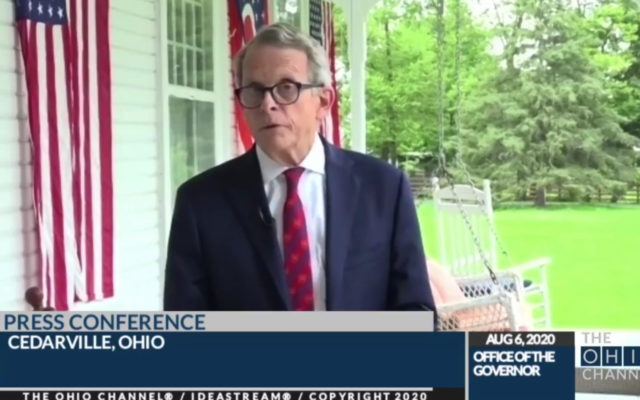 COLUMBUS (News Talk 1480 WHBC) – Speaking from his home in Cedarville, Governor DeWine addressed the media and the state of Ohio just hours after it was announced that he had tested positive for COVID-19.

The Governor tested positive earlier this morning during a standard part of the protocol one must go through to meet the President. President Donald Trump made multiple stops in Ohio today as a part of his campaign for reelection.

DeWine planned to greet the President when his plane landed in Cleveland. That did not happen due to his positive test.

Governor DeWine says he is unaware of how or where he contracted the virus. DeWine says he and his wife Fran will quarantine in their home for at least 14 days, as recommended by the CDC. While he might not be able to leave the house, DeWine says he plans to continue leading the state in its battle against the virus.

“Anyone who knows me knows that I am going to continue to do what I do,” said DeWine. “I’ve been leading Ohio from the place you’re looking at – this house – since March. Most of the work that I’ve done has been right here.”

Lt. Governor Jon Husted was also tested for COVID-19 this morning. His test came back negative.