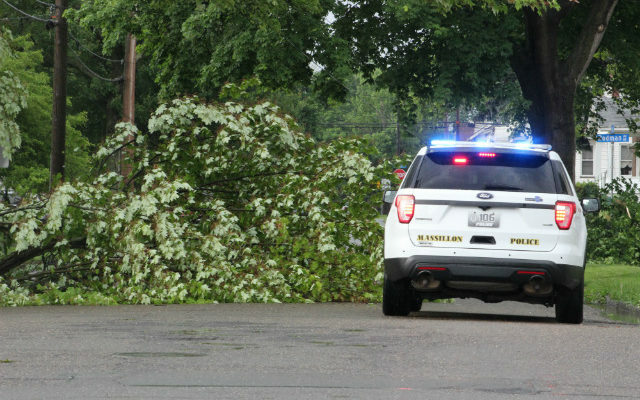 It was hot again, but nowhere near the record high for the date of 98.

It took some storms to break that heat!

The rough weather was scattered, but there is a report of a tree down on a house in Lake Township near Uniontown.

A tree branch came down on a camper at West Branch State Park.

There were also reports of hail in Summit County and heavy rain near Rittman.

Portions of Wayne, Summit and Portage Counties were under storm warnings for a time.