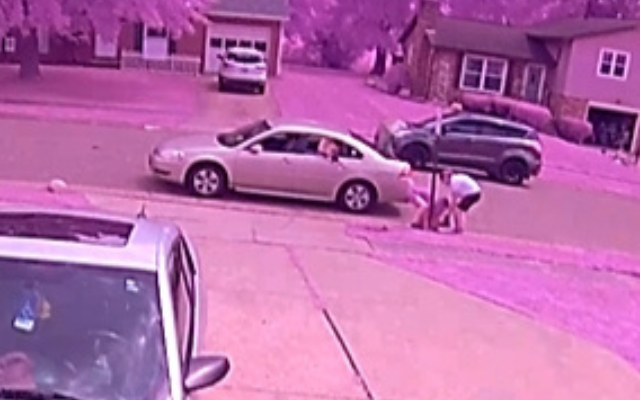 A fuzzy image from surveillance video from a Louisville house shows a man and woman stealing a fire hydrant. (Courtesy Louisville police)

Police in the Constitution City are looking for the man and woman who made off with the fire plug along Baier Avenue this week.

They posted surveillance video of the incident on social media.

It had earlier been hit by another car and was laying flat on the ground.

Surveillance video shows the pair struggling to get the heavy hydrant into their trunk.