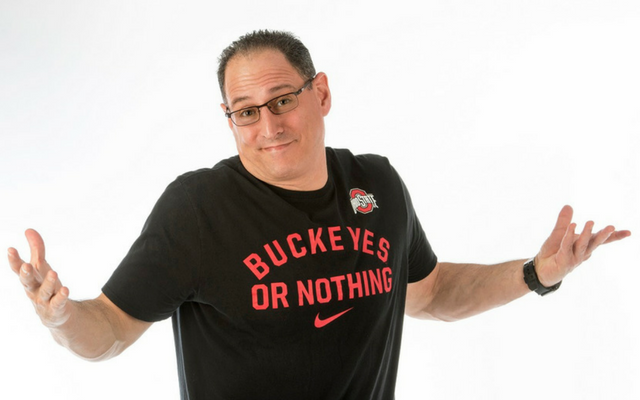 Dwayne “The Rock” Johnson weighed in on last week’s poll that found that 46 percent of potential voters would vote for him in a presidential election. The “Rock” responded in a tweet,

“Not sure our Founding Fathers ever envisioned a six-four, bald, tattooed, half-Black, half-Samoan, tequila drinking, pick up truck driving, fanny pack wearing guy joining their club – but if it ever happens it’d be my honor to serve the people,” The Rock

Casino review site BonusFinder has launched a new contest to find a “Major League Baseball Professional Food Tester.” The tester will have to review hot dogs at MLB stadiums based on appearance, color, flavor, the quality of the meat and bun, sauce and toppings, and value for money. The winner of the contest will be given $500 plus a food and travel budget. Applications are available through May 2 on their website bonusfinder.com

Which brings us to this:

Is the hot dog is a sandwich. Defined, in the Oxford Dictionary, a sandwich is a “food item consisting of two pieces of bread with meat, cheese, or another filling between them.” Conversely, a hot dog is a “frankfurter…in a long, soft roll topped with various condiments. Given that the roll is a singular entity, that should end all discussions. Ah, but when that roll falls apart (giving you 2 pieces) isn’t that a sandwich?

The latest shortage in the U.S. due to the pandemic is…ketchup packets. Heinz, is America’s most popular brand, is the company that’s been hit the hardest so far. What happened? They scaled back production when restaurant demand plunged at the beginning of the pandemic and has had a hard time catching up because restaurants are using the packets instead of bottles for dine-in customers.

In a related story

Jennifer Lopez she shared two posts from her weekend that included jewelry, but not Her engagement ring. The ringless J-Lo has been seen in public several times since she and A-Rod started going through the rough patch. Either she’s done with him or REALLY hates the Timberwolves!

When “Creed 3” hits movie screens, it’ll be without Sly Stallone. Michael B. Jordan says this time around it was important to “build the story and the world around Adonis Creed moving forward.” Of course, Stallone had already “let it be known” that he “wasn’t coming back for this one.” Jordan, however, does add that the “essence and spirit” of Rocky Balboa is always going to flow through the “Creed” story.

1877 – A catcher’s mask was used in a baseball game for the first time.