Republicans Write to Biden, Asking for Intervention in Haiti 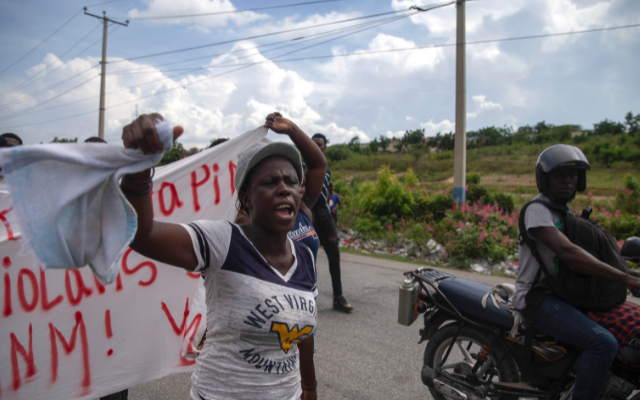 People protest for the release of the kidnapped missionaries near the missionaries' headquarters in Titanyen, north of Port-au-Prince, Haiti, Tuesday, Oct. 19, 2021. (AP Photo/Joseph Odelyn)

BERLIN, Ohio (News Talk 1480 WHBC) – Thursday is Day Six that 17 men, women and children, some believed to be from our area, have been held hostage in Haiti.

$17 million is being demanded for their release, and the FBI and State Department are working with Haitian officials.

Congressmen Bob Gibbs and Bill Johnson are among a group of Republican representatives urging the Biden administration to go into Haiti and rescue the 16 Americans and one Canadian held there.

They point to what they call failures in Afghanistan in a letter to the president, saying that the world needs to know that the U.S. “will always protect its citizens”.

Holmes County-based Christian Aid Ministries is calling for a Day of Fasting and Prayer on Thursday.

They ask for prayer for the hostages, the kidnappers in the hope that they repent, and for government officials in their efforts to free the 17.

The organization has not identified those in captivity or where they reside.