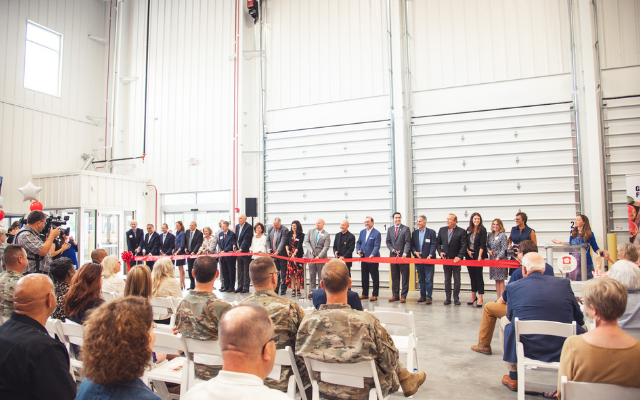 The building of the Stark County Campus was a collaborative effort among so many community stakeholders. They had the opportunity to cut the ribbon in celebration. (Courtesy Akron Canton Regional Food Bank)

It was a big day Thursday at the new Akron Canton Regional Foodbank Stark County campus on Cherry Avenue near 12th Street NE in Canton.

the first order was loaded onto a foodbank vehicle, and the 200 in attendance took a tour.

President Dan Flowers says a 2014 food insecurity study by the Stark Community Foundation was the impetus for the Akron-based organization to locate a distribution center in Canton.

The campus is not fully operational yet.

The food pantry inside the massive 40,000 square foot building won’t be open until next month.

And, a teaching kitchen and community room are also coming.