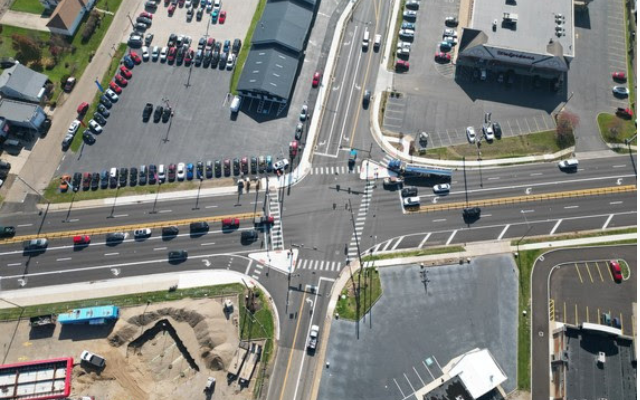 In fact, one is completed:

Where Fulton Drive crosses Dressler Road NW in Jackson Township, that was realigned with raised islands to make for safer right turns.

And the West Tusc/Perry Drive intersection redo is nearly completed, with new turn lanes and a new traffic signal, which still needs to be installed.

The governor had the list put together back in 2019.