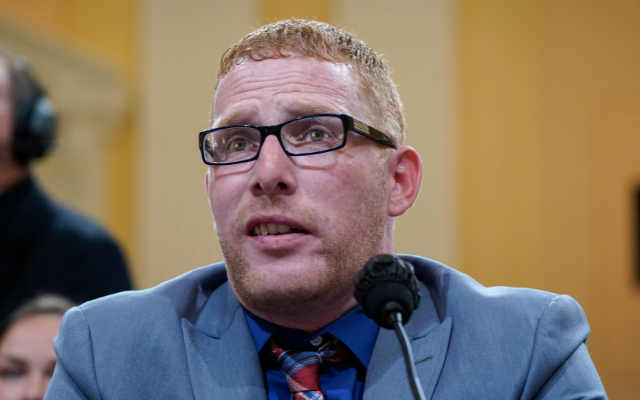 Stephen Ayres, who pleaded guilty last in June 2022 to disorderly and disruptive conduct in a restricted building, testifies as the House select committee investigating the Jan. 6 attack on the U.S. Capitol holds a hearing at the Capitol in Washington, Tuesday, July 12, 2022. (AP Photo/Jacquelyn Martin)

WASHINGTON, DC (News Talk 1480 WHBC and ONN) – A Warren-area man will not go to prison despite his role in the January 6 riot at the Capitol.

Stephen Ayres was sentenced to two years probation on Thursday.

There, he testified that the incident cost him friends and his job.

Ayres had pleaded guilty to ‘disruptive conduct in a restricted building’.

He reportedly apologized to the court and the country.