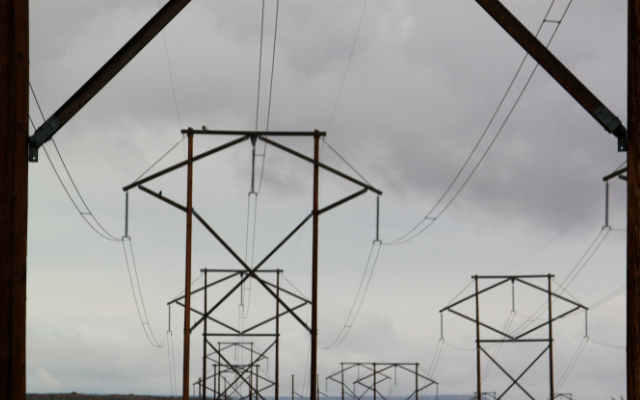 Transmission lines leading from the San Juan Generating Station near Waterflow, N.M., are seen Sept. 21, 2022. The power plant burned its last bit of coal before the end of September. Public Service Co. of New Mexico executives told state regulators during a recent meeting that they are still searching for options to replace some of the lost capacity for the 2023 peak season. (AP Photo/Susan Montoya Bryan)

WASHINGTON, DC (News Talk 1480 WHBC) – It’s another EPA move that will be good for the environment, but could also mean higher energy prices.

The agency has ordered the General James Gavin Power Plant northeast of Gallipolis to stop dumping coal ash into unlined storage ponds and speed up cleanup of the site.

The former AEP property was denied a request to continue dumping there.

It marks the first time the EPA has denied such a request.

The coal-fired electricity plant is not the only U.S. plant that is part of this EPA crackdown.

It’s the largest such plant in Ohio.