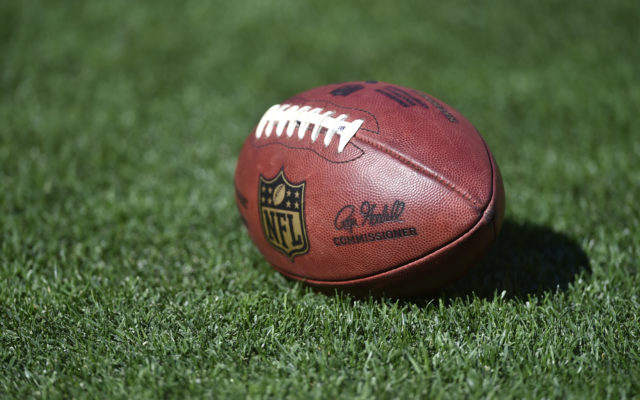 A football with the signature of NFL commissioner Roger Goodell sits on the field before an NFL football game between the New England Patriots and the Cleveland Browns, Sunday, Oct. 9, 2016, in Cleveland. New England won 33-13. (AP Photo/David Richard)

CANTON (News Talk 1480 WHBC) – Just a week after the Pro Football Hall of Fame announced the postponement of the Hall of Fame game, reports have surfaced that the National Football League will be shortening its preseason all together.

Reports from Pro Football Talk and ESPN say NFL teams will play only two preseason games in the 2020 season due to the continued hurdles that have come from the coronavirus pandemic. The league will reportedly cancel Weeks 1 and 4 of the preseason schedule, giving each franchise one home and away game prior to the start of the regular season.

No franchise has yet to delay the start of training camp. Most NFL training camps are scheduled to start in the final week of July. Meanwhile, week two of the NFL preseason is scheduled for August 27-31.

We will have more details on this story when they become available.