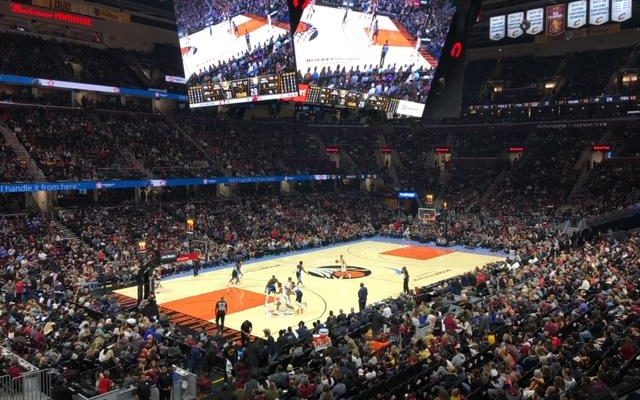 NEW YORK, Jan. 30, 2020 – Former Kia NBA All-Star MVPs Chris Paul of the Oklahoma City Thunder and Russell Westbrook of the Houston Rockets lead the list of 14 players selected by the NBA’s head coaches as reserves for the 2020 NBA All-Star Game in Chicago.

Gobert, Ingram and Mitchell from the Western Conference and Adebayo, Sabonis and Tatum from the Eastern Conference comprise the six first-time NBA All-Star selections among reserves.  With 2020 NBA All-Star Game starters Luka Dončić, Pascal Siakam and Trae Young also making their All-Star debuts, this marks the first time in 10 years that at least nine players are first-time All-Star selections in the same season.

Team captains LeBron James of the Los Angeles Lakers and Antetokounmpo of the Bucks will draft the NBA All-Star Game rosters from the pool of players voted as starters and reserves in each conference.  The team rosters will be revealed on TNT in a special 2020 NBA All-Star Draft presented by Jordan Brand show on Thursday, Feb. 6 at 7 p.m. ET.

James and Antetokounmpo will make their picks without regard for a player’s conference affiliation or position.  Each captain will choose 11 players to complete a 12-man roster.  The 2020 NBA All-Star Draft rules include:

The 14 All-Star Game reserves were selected by the NBA’s 30 head coaches.  The coaches voted for seven players in their respective conferences – two guards, three frontcourt players and two additional players at either position group.  They were not permitted to vote for players from their own team.

NBA Commissioner Adam Silver will select the replacement for any player unable to participate in the All-Star Game, choosing a player from the same conference as the player who is being replaced.

Lakers head coach Frank Vogel and his staff have earned the spot to coach Team LeBron.  Team Giannis will be led by the head coach from the Eastern Conference team with the best record through games played on Sunday, Feb. 2.  Bucks head coach Mike Budenholzer is ineligible because he served as a head coach in last year’s All-Star Game.

Below is a closer look at the NBA All-Star Game reserves and a complete list of this year’s All-Star selections.

• Brandon Ingram, Pelicans (1st All-Star selection): Voted an All-Star in his first season with New Orleans, the 22-year-old Ingram competed in NBA Rising Stars in both 2017 and 2018.

• Bam Adebayo, Heat (1st All-Star selection): The third-year NBA player is an All-Star in his first season as a full-time starter.  He was selected by Miami with the 14th pick in the 2017 NBA Draft, one spot behind Mitchell, another first-time All-Star this season.

• Jimmy Butler, Heat (5th All-Star selection): Butler, who averaged 6.6 points per game over his first two NBA seasons as the 30th pick in the 2011 NBA Draft, has earned five All-Star selections in the last six seasons.

• Kyle Lowry, Raptors (6th All-Star selection): With his sixth consecutive All-Star nod, Lowry becomes the first player to be named to at least six All-Star teams after not being selected in any of his first eight seasons.

• Khris Middleton, Bucks (2nd All-Star selection): This is the second straight All-Star honor for Middleton, who last season became the first player to be named an NBA All-Star after playing in the NBA G League.