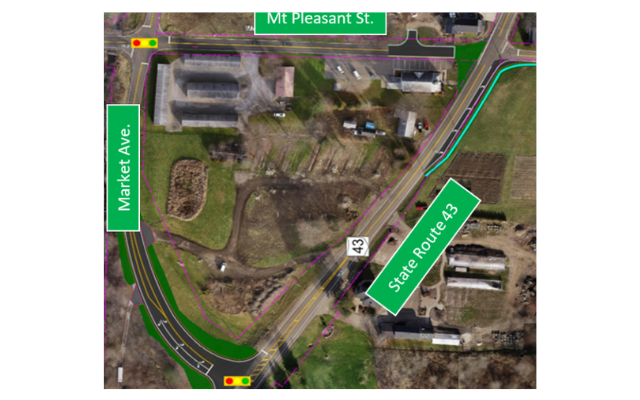 They have proven to be dangerous over the last several years.

There were over a hundred crashes at the three intersections between 2014 and 2018.

A third were injury crashes.

The $1.45 million plan adds traffic lights at two of the intersections, and actually closes Mount Pleasant just west of Route 43.

There’s a virtual open house on the project underway now.

Comments are accepted through October 4.

Individuals who require interpretation or translation services or a reasonable accommodation to participate should contact Brian Peck as soon as possible.