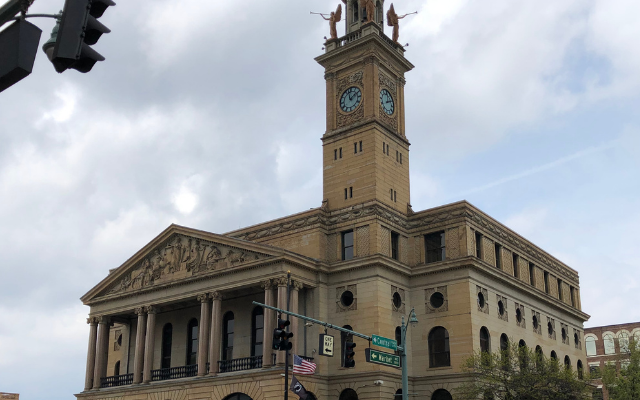 CANTON, Ohioo (News Talk 1480 WHBC) – Did you know there used to be a Stark County government building just north of the current county courthouse in what’s now a memorial and green space?

The cornerstone that was a part of the Courthouse Annex building is back at the site now.

The late attorney Tom Borcoman held on to it when the building was torn down in the 1990s, but he passed away last year.

His estate donated it back to the county.

The building served several functions over its 100-plus years, including as a jail and sheriff’s residence, the Board of Elections office and even the prosecutor’s office.