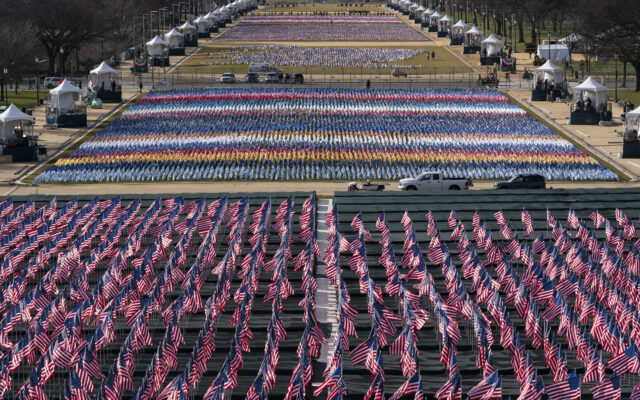 Flags are placed on the National Mall ahead of the inauguration of President-elect Joe Biden and Vice President-elect Kamala Harris, Monday, Jan. 18, 2021, in Washington. (AP Photo/Alex Brandon) 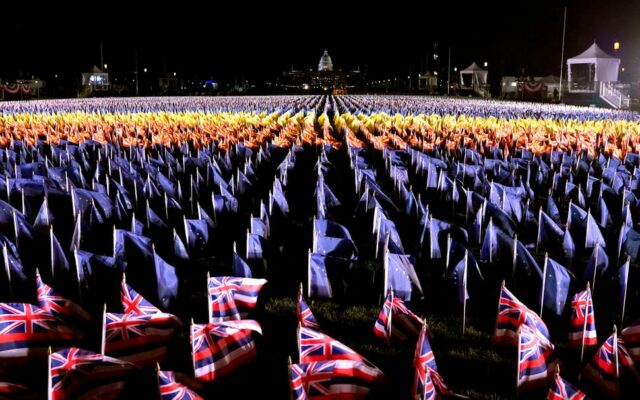 The inauguration of President-elect Joe Biden will be different than any before it — in the midst of a pandemic and in the midst of unprecedented security in Washington DC.  Organizers have decided to fill the National Mall with a stunning sight – more than 200-thousand flags representing those who would have attended the inauguration in other circumstances.  The mall is closed to visitors.

Be sure to tune in to 1480 WHBC at 11am on Wednesday for complete coverage of the inauguration including the ceremony and President Elect Biden’s speech to the nation.

Officials say the flag display was lit up Monday night with 56 pillars of light, symbolizing every U.S. state and territory. The “America United” theme will follow the message Biden campaigned on, calling for unity amidst some of the nation’s most divided times in modern history.