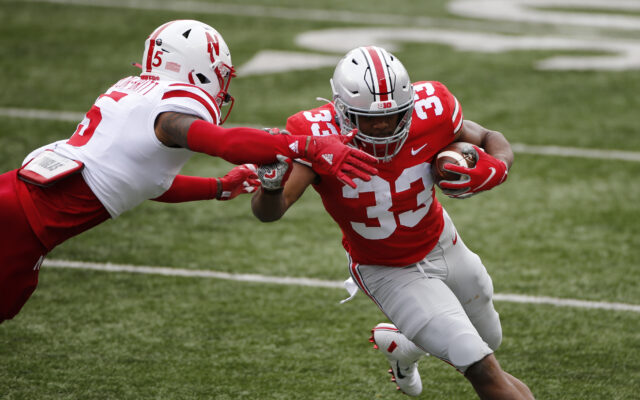 Getting Ready for Week 1

The Ohio State Buckeyes come off a National Championship loss with a lot of excitement. The 2021 College Football season finds the Buckeyes at #4 in the AP Top 25. With Ten players gone to
the draft, Ohio State will depend on many new faces for this season.

Offense – Ohio State concluded an offseason quarterback competition by selecting Red Shirt freshman C.J. Stroud. 5 Star Recruit, big arm, can fly, not afraid of competition. Chris Olave and
Garret Wilson are both well known by fans. Both are big play receivers on the outside, Wilson specifically is set to have a breakout Junior year. Master Teague III is back as the lead ball
carrier for the offense. Despite the starting spot, younger backs Miyan Williams and Trevon Henderson will push for carries. Williams has impressed during the offseason and beaten a
phenom in Henderson for the #2 Spot. This Buckeye offensive line has the chance to be the best in recent years. Thayer Munford and Paris Johnson Jr. anchor down a unit that a young
quarterback like Stroud will relax behind. With Athletes all over, the Buckeyes will be headlined by their offense all season long.

Defense -The defense will once again not be Ohio State’s Strength. The defensive line got big time recruits in Jack Sawyer and J.T. Tuimolau, but will both start as backups. Zach Harrison,
Haskell Garrett, and Tyreke smith are all Seniors who will need to produce and get better as the year goes on for the Buckeyes. With the exits of Tuf Boreland and Pete Werner, Ohio State lost
both of their leading tacklers. Next men up will include Ronnie Hickman, Cody Simon, and Teradja Mitchell. This set of linebackers is probably Ohio State’s biggest question mark on
defense. The Secondary is also made of mostly Seniors in Sevyn Banks and Cameron Brown at Corner and Josh Proctor at free Safety. Sophmore Marcus Williamson will see some time as the
starting strong safety. The secondary like the defensive overall, is solid but not the program’s best.

Minnesota – The Buckeyes begin their Playoff march with a Big Ten West Opponent in Minnesota. The question is will this year’s team resemble the 2019 group (11-2) or the 2020
team (3-4). The Golden Gophers Strength is in their senior class. Quarterback Tanner Morgan, running back Ibrahim Mohamed, and the entire offensive line are in their senior years.
Mohamed won the 2020 Big Ten running back of the year and Morgan returns as one of College football’s most efficient Quarterbacks in 2019. Cornerback Coney Durr , defensive ends Boye
Mafe and Thomas Rush and linebacker Mariano Sori-Marin round out the rest of the senior leaders on defense. Defensively, the Gophers hope to win games with their defensive front.
Boye Mafe, Esezi Otomewo, and Tranfer Nyles Pickney head up a much improved group up front.

***Note:  Each week Billy Beebe will take a closer look at the 2021-2022 Buckeye games, opponents, and insight on what you might expect.  OH-IO