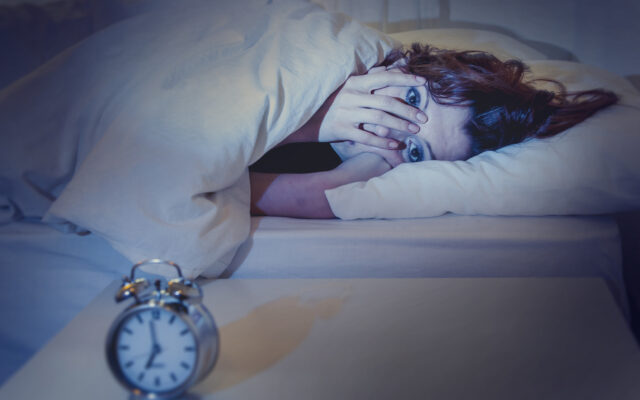 woman in bed with insomnia that can't sleep white background

There are two types of people:  You either like falling asleep with the television ON, or you like it off.  The problem is when two people who share a bed can’t agree on that.  Here’s some new ammo for the people who want it OFF . . .

A new study in Austria suggests falling asleep with the TV on might be messing with the QUALITY of your sleep.  And the reason is interesting.

Doctors scanned people’s brains while they slept, and found that hearing unfamiliar voices . . . like actors on a TV show . . . can trigger something called “micro-arousals.”

That’s when you ALMOST wake up.  And if it happens too many times, you can end up groggy the next day.  Familiar voices . . . like people you live with . . . didn’t do it as much.  Only unfamiliar voices had a big effect.

It also didn’t make a difference during REM cycles, or deep sleep.  It only mattered during non-REM sleep.  But a full night’s rest is only about 20% REM.  So if you leave your TV on all night, a large chunk of your sleep could be affected.

They think it’s our brain’s way of protecting us while we’re sleeping, because any unfamiliar sound could mean there’s a THREAT nearby.

So if you like to sleep with the TV on, at least use your sleep timer.  Then it won’t affect you all night long.