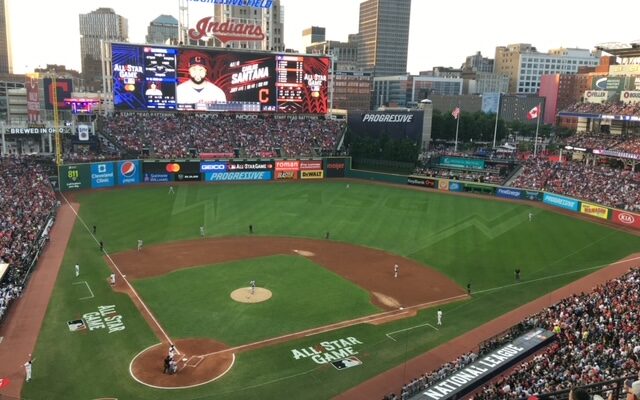 CLEVELAND – August 5, 2021 — Officials from the City of Cleveland, Cuyahoga County, the State of Ohio and the Cleveland Indians today announced a collaboration for the future preservation and enhancement of Progressive Field. With appropriate legislative approval in the coming months, the project will improve and extend the life of the publicly owned ballpark, which is the 11th oldest ballpark in Major League Baseball.  Upgrading the facility will extend the life of the building and ensure it remains a competitive economic asset for the City, County and the Indians.

The prospective agreement will extend the lease of the team for at least 15 years to 2036 and the potential for 10 additional years to 2046, making it one of the longest successful partnerships between a team and the public in all of sports.

Funding for the project will be supported by all four entities (State, City, County, Indians) with no new or increased taxes for residents. The terms of the plan are subject to review and approval by both city and county councils in the coming months.

The ballpark has been a driver of Cleveland’s economy and will continue to yield significant economic benefits for Cleveland and Cuyahoga County.

“This project ensures that Progressive Field remains competitive in the future and guarantees that baseball remains in Cleveland until at least 2036,” said Mayor Frank G. Jackson.  “We are one of a few cities that have three major sports teams all located in a central business district.  This shows that sports are important to the economic vitality of our hospitality industry and baseball specifically is critical to Cleveland’s future.”

The average annual impact of the facility and the team is $323 million in direct spending by the team and its visitors, $21 million in taxes (State, City and County), and helps to create and support more than 4,800 jobs.  Baseball games bring about 1.7M people to downtown Cleveland annually, many of those from outside of the county, providing a substantial cash infusion for local establishments.

County Executive Armond Budish said that while the facility was important for the City, all of Cuyahoga County benefits.

“All of our suburbs are affected in many ways by the health and progress of the central city,” he said.  “Progressive Field generates tax revenue, job creation and other economic upsides that benefit every community and resident in Cuyahoga County.”

Paul Dolan, owner of the Indians said: “Our organization is proud to continue our long-term commitment to Cleveland by ensuring we keep our ballpark competitive.  We want to give our fans, our community, and our players the best ballpark experience possible.  We are excited and appreciate the collaborative effort displayed by leadership from the county, city, and state to help make this first step possible and look forward to the next stages in the legislative process to finalize the agreement.”

The potential deal will provide funding for fan-friendly investments.  Those enhancements include transforming the left field experience inclusive of the Terrace Club, re-imagining the upper deck concourse, and creating a larger Dugout level social space, among others.  A portion of the improvements will be funded privately by the Cleveland Indians organization, with the County, City, and State co-funding the balance — with no new or increased taxes to residents.

The overall proposed deal, in addition to fan friendly improvements, includes necessary funding for capital repairs, maintenance, Gateway operations, and property taxes.  The City and County collectively will contribute $17 Million annually, and the State will contribute $2M annually as a part of this public-private partnership; the Indians organization contributing $10 Million annually ($4.5M towards Ballpark Improvements).

Governor Mike DeWine said: “The Indians have been excellent partners and we are pleased to see that this vital public-private partnership is preserved.  This four-party agreement will keep Progressive Field competitive for many years/decades to come.  We are pleased to play a role to maintain and transform this important economic engine and vital staple in Northeast Ohio’s economic toolkit.”

Progressive Field is now 27 years old, and MLB stadiums of a similar vintage in Texas and Atlanta have been replaced in just 26 and 20 years respectively.

During those years since 1994, the Cleveland Indians organization has paid more than $179 million for maintenance, repairs, capital expenditures and operating costs to maintain competitiveness despite the ballpark being a publicly owned facility.

“Updating Progressive Field is much less costly than building new. New venues typically cost about $1 billion without considering any maintenance or repairs over time,” Budish added. “This is a responsible investment in a public asset to maintain its competitiveness.”