Kobe and his wife had a deal. Turns out it was very important 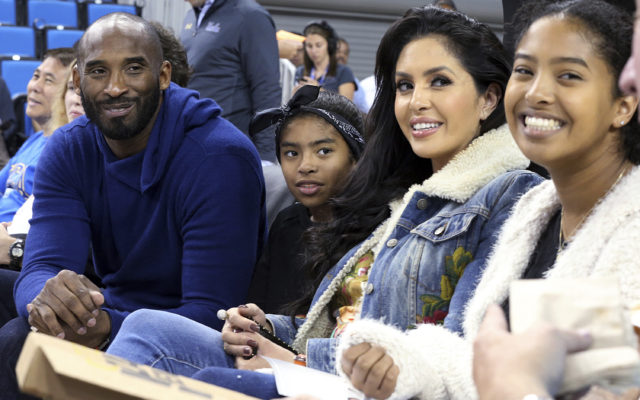 For KOBE BRYANT, using a helicopter was a pretty standard method of transportation, but he might have been concerned about the risks.

A “source” told “People”, quote, “He and [his wife] Vanessa had a deal that they would never fly on a helicopter together.”

They didn’t elaborate beyond that, but it sounds like they wanted to make sure their kids weren’t orphaned if something happened.

For what it’s worth, if you look at a map, it appears Kobe and the others with him wouldn’t have needed a helicopter, since they were just shooting across L.A.

Except that you DON’T just “shoot across” L.A.  They were traveling roughly 80 miles, which could take two-and-a-half hours in everyday L.A. traffic.  In fact, Kobe was known to take a helicopter much shorter distances just to work out.

In an interview in 2018, Kobe said he started commuting by helicopter when he realized how much time he was wasting in traffic . . . and he wanted to spend that time with his family.

“Mambacita,” which is a play on his alter-ego “The Black Mamba.”