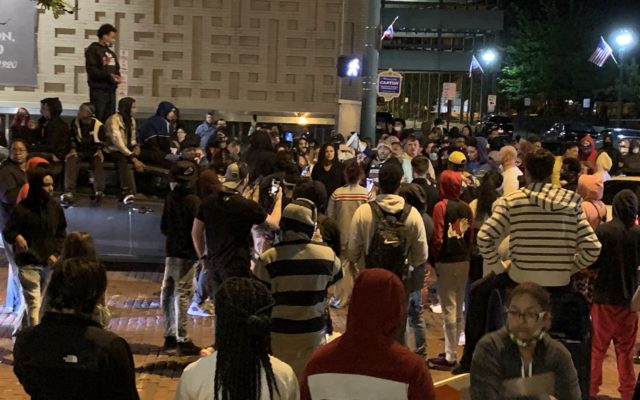 The contentious meeting between the three protest groups and a handful of Canton City Council members last week gave security personnel at City Hall something more to do last night, working to keep anyone who attended that meeting from coming into the building for the Canton City Council meeting.  One of the protest groups informed council that a member has coronavirus.  That has members saying they are quarantining.  Canton Mayor Tom Bernabei – on Canton’s Morning News this morning – said the city health department and Commissioner Jim Adams are looking into it.   The three council members did go to council last night; one of them reportedly says they maintained their distance from the crowd..  Security last night turned away anyone who attended the August 5th meeting.