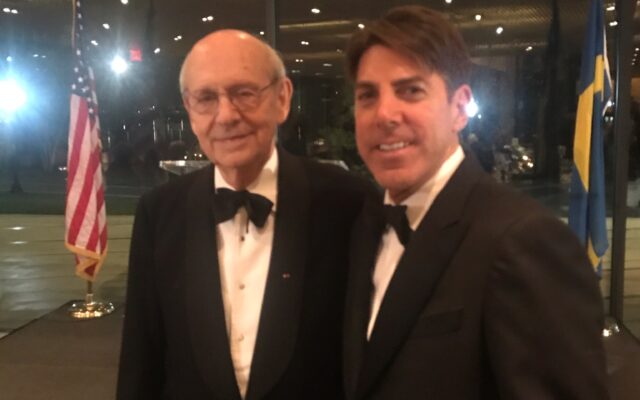 (pictured above – Senior White House Correspondent Jon Decker of Grey Television with Justice Breyer at the Nobel Prize dinner at the Swedish Embassy.  Jon Decker is also a correspondent for Canton’s Morning News with Pam Cook)

President Biden and Supreme Court Justice Stephen Breyer are set to appear together at the White House Thursday as Breyer, one of the High Court’s three liberal justices, is expected to officially announce his retirement.

Breyer is the second-longest serving justice on the court, having been appointed by then President Bill Clinton in 1994. It’s widely expected that Biden will nominate a Black woman to replace Justice Breyer – because that’s what he’s promised to do on the campaign trail.

Still, when the reports began circulating yesterday, President Biden declined to speak about the potential retirement – or the replacement – as he wanted to allow Breyer to make his own statement. It appears that will happen today.