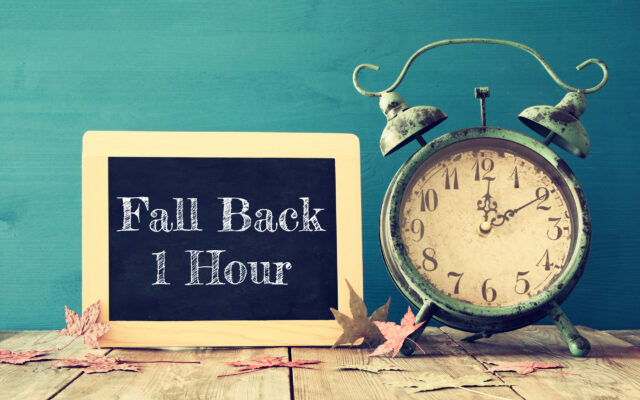 Daylight Saving Time Ends Sunday! Will It Be the Last Time We Fall Back?

Don’t forget, Daylight Saving Time ends this Sunday at 2:00 A.M.  And do your best to really savor that extra hour of sleep you’re gaining.  There’s a chance it could be the LAST time we ever “fall back” . . .

In March, the Senate passed the Sunshine Protection Act that would make Daylight Saving Time permanent.  So the next time we spring forward, we might never shift back.  But it’s far from a sure thing.  Here’s where it all stands . . .

The House of Representatives still hasn’t voted on the bill.  Until it’s passed in the House, nothing happens and we keep shifting the clocks twice a year.

A report in July said it “hit a brick wall” in the House based on, quote, “fundamental disagreements over its language.”  But it’s also on the back burner because things like inflation are considered more pressing.

Even if the House does pass the bill, the President has to sign off on it.  It’s still not clear if President Biden would do that or not.

What we do know for sure is we’ll be springing forward on March 12th next year.  The question is whether or not we’ll fall back again next November.