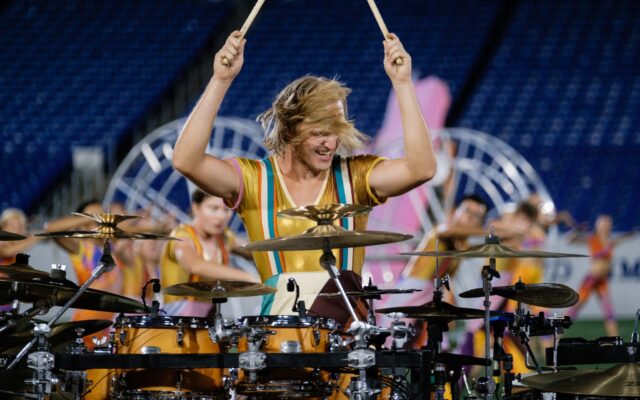 The Canton Bluecoats took party in shows this week at the Naval Academy in Annapolis, Maryland and in Glassboro, New Jersey as part of their 2022 Drum Corps International summer tour.

On Wednesday in Glassboro  the Bluecoats again placed 2nd, but raised their score to a season high 93.8.  Winning the shows was the Boston Crusaders with the highest score in their history at 95.2. in 3rd place were the Cadets with a score of 90.45.

The Bluecoats will next compete in the DCI Eastern Championship on August 5 in Allentown, Pennsylvania. At this show half of the World Class corps, including Bluecoats, compete on Friday night with the other half on Saturday night with the same judging panel.  Those shows will help determine the seeding order for the DCI World Championship, Aug 11-13, at Lucas Oil Stadium in Indianapolis.

Tickets are now on sale for the August 8 “DCI Tour of Champions – Akron” to be held at Infocision Stadium.  The show will feature eight DCI World Class corps and the 400+ members of the Bluecoats 50th Anniversary alumni corps.  Tickets can be purchased online at the Bluecoats or DCI web sites.