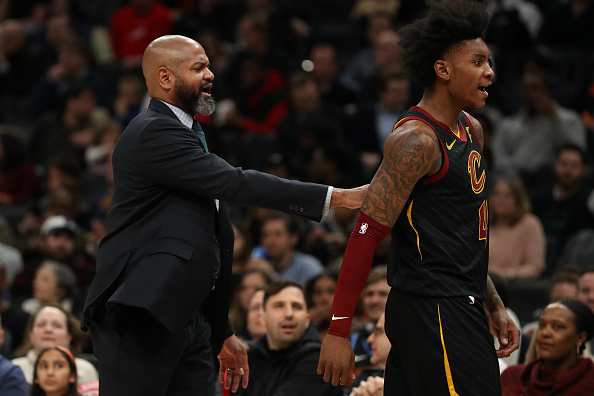 WASHINGTON, DC - FEBRUARY 21: Head coach J.B. Bickerstaff of the Cleveland Cavaliers walks Kevin Porter Jr. #4 of the Cleveland Cavaliers off of the court after Porter Jr. was disqualified from the contest after two technical fouls against the Washington Wizards during the second half at Capital One Arena on February 21, 2020 in Washington, DC. (Photo by Patrick Smith/Getty Images)

The Cleveland Cavaliers have traded guard Kevin Porter Jr. to Houston. In exchange, the Cavaliers will receive a future second round draft pick from the Rockets, General Manager Koby Altman announced from Cleveland Clinic Courts.

“After careful and thoughtful evaluation, we made the very difficult and collective decision to make this trade,” said Altman. “Given the culture and environment we have worked to cultivate here in Cleveland, we feel this move is in everyone’s best interest. Kevin has a bright career ahead of him as a professional basketball player and, at his core, is a good person. We wish Kevin and his family well in Houston.”