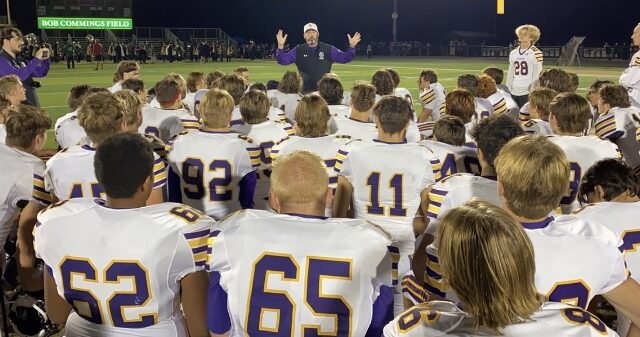 Jackson head football coach Tim Budd has stepped down as head coach of the Polar Bears after leading Jackson to a 48-27 record over his seven seasons. Budd won one Federal League
championship (2017) and made the playoffs five times, including a first-round win this past season.
“We are proud of the accomplishments made in the Jackson football program,” said Budd, who never had a losing season at Jackson. “Any good coach wants to leave a program in better
shape than he received it. I believe we have built a solid foundation and returned the brand of Jackson football back to a physical, tough football team. However, the timing is right for me
personally and professionally to allow someone else to come in, build upon the foundation that remains in place, and transition the Polar Bears to attain new goals with a new head coach.”

In 2021, Budd led Jackson to a 7-0 start and the second playoff win in school history (35-17vs. Strongsville). The success of the 2021 season started with the culmination of the 2020 season
when Jackson won its last three games.  “We appreciate the job Coach Budd has done here at Jackson these last seven seasons, particularly amid a trying pandemic era,” Jackson High School Athletic Director Dan Michel said. “A sign of a good leader is when that leader prepares and empowers those around him to become leaders, to pick up the baton and carry on. We are hopeful to find an internal candidate who has demonstrated the necessary characteristics to continue the success of our program.”

The search for the next head coach will begin immediately with an internal job posting. “It is important to thank the hard-working, talented student-athletes I have had the privilege
of coaching at Jackson and the tireless work ethic of our coaching staff. Those players bought into the mindset our coaches taught,” Budd said. “The support of the administration at Jackson
High School, including Principal Jeff Kracker, Athletic Director Dan Michel, and Jackson Local Superintendent Chris DiLoreto, has been tremendous. I am grateful for the opportunity to have
coached at Jackson.”